How to Include Your OpenShift Imagestream in Your Kasten K10 Backup

Kasten K10 by Veeam backs up your Kubernetes applications by capturing the content of your namespace as a single unit, including:

What Brought This About?

Red Hat saw that developers were good at producing code, but not good at building robust images. Building and testing images frequently require good resource management and a container-friendly environment. OpenShift is able to provide both.

To reduce time to market, it was important to reduce the time between image building and application deployment. For many teams that were starting their journey in containers, maintaining and coordinating a CI/CD tool to build the image and a docker registry to store the images — with a container orchestration like Kubernetes to deploy them — was too complicated, and they needed an all-in-one solution that was easy to launch.

For all of those reasons, Red Hat created imagestream, which abstracts the referencing container images from within the OpenShift Container Platform. It works on top of an internal docker registry and is fed by an OpenShift build process called BuildConfig. The best part? It’s provided out of the box when you deploy OpenShift.

Here is an overview of the process starting from developer code to application deployment: 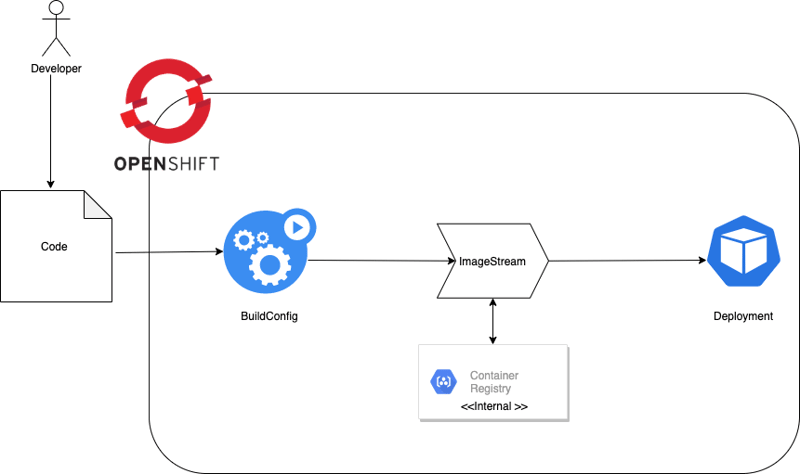 For many companies this new approach accelerates agility in a very cost-effective way.

Of course there are some caveats:

As a result of these drawbacks, migrations, complete backup or multi-cluster deployments are impossible (or very difficult) when using buildconfig and imagestreams.

Extending Kasten K10 to Include Imagestream in the Backup Process

Kasten K10 uses Kanister to extend any backup operation. Simply annotate any API Object with a reference to a blueprint, and the blueprint executes taking the annotated object as an input parameter.

A backup with the imagestreams annotated with the blueprint will create a backup of the image and will also allow the mobility of the app to export the image in the internal registry of the OpenShift destination cluster.

Refer to this guide on github to install and use this blueprint. 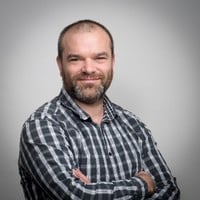 I started my career as a solutions architect, focused mainly on JAVA/JEE for government projects. Now I work as a DevOps architect, building cloud native solutions based on Kubernetes and the main cloud providers like AWS, Azure, and many more.